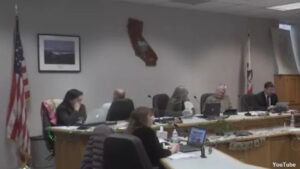 The supervisors of a county in California recently had a lengthy debate over whether or not to pass a resolution that would punish any individuals who purposely kill a Bigfoot. The strange matter came up during an otherwise routine meeting of the Trinity County Board of Supervisors last week. Alongside mundane governmental issues such as increasing the animal control budget and awarding a liquor license to an area restaurant was an eyebrow-raising proposal aimed at protecting Sasquatch.

Specifically, the resolution argued that “there is evidence to indicate the possible existence in Trinity County of a nocturnal primate mammal variously described as an ape-like creature or a subspecies of Homo sapien” colloquially known as Sasquatch, Yeti, Bigfoot, or “Giant Hairy Ape.” Noting that the purported presence of this creature in the region has not only drawn interest from researchers, but also gun-toting individuals looking to take down the beast, the bill called for “any premeditated, willful and wanton slaying of Bigfoot” to be punishable by a fine of up to $1,000 and/or imprisonment in the county jail for a period of one year.