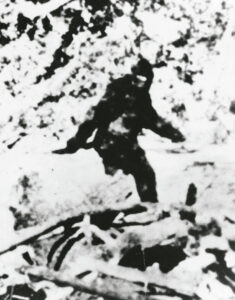 Local and national Sasquatch enthusiasts will get two days to celebrate the elusive beast at Cowlitz County’s fourth annual Squatch Fest — and to meet the man who shot a famous 1967 film purporting to prove the apelike creature’s existence.

For the first time, the festival runs for two days — this Friday and Saturday. The Kelso-Longview Chamber of Commerce, which organizes the event, extended the dates to better accommodate travelers and vendors, said Chamber Program Manger Amy Hallock.

“A year of planning goes into this event, and the one day just felt like it came and went so quickly. … Adding this extra day extends the time for everyone who is coming,” Hallock said.

Organizers expect nearly 3,000 people to attend Squatch Fest this year, including nearly a dozen Sasquatch experts and Bob Gimlin, whose famous 1967 film of a female Bigfoot on a timber-strewn sandbar in Northern California has been subject of many attempts to authenticate or debunk it.

“I hear over and over again how much (the speakers) love Squatch Fest and how well organized it is. … It’s grown into being able to get Bob Gimlin to come,” Hallock said.ADVERTISING

Doors open at 4 p.m. Friday. A question-and-answer-style presentation by “Mountain Monsters” TV personalities Huckleberry, Jeffro and Wild Bill begins at 5 p.m. Then audience members can share their personal experiences with Bigfoot around 6:30 p.m. during “Squatch Talk.”

Squatch Fest has grown by about 500 attendees annually since its inaugural year in 2017, Hallock said. The Chamber has sold tickets in 15 states and Canada, she added.

Tickets are $25 for adults and $5 for those age 15 or younger, and they cover both days of the festival. Tickets can be purchased online at www.kelsolongviewchamber.org or at the door.